Hello again, Internet. Since we’re still getting to know each other (this is after all, my first blog entry aside from that flimsy getting-to-know-you introduction I posted yesterday), I thought, hey, what better way for you to figure out what kind of wanna-be writer you’re dealing with than for said wanna-be writer to gush on and on ad nauseum about some of his own favorite books.

So why stop at just one blog post? How about a whole series of them? Starting with this installment, every once in a while I’ll bring this blog to a screeching halt and ignore everything else going on in the world, just so I can get my fanboy on.

I figured it’d be best to do this in increments of five, for the sake of brevity. Below you’ll find, in no particular order, Five of My Favorite Horror Novels. I’d like to emphasize the fact that these are all personal favorites. They’re not my votes for the most important horror novels of all time. They’re not even all books I’d necessarily argue as being technically the “best” horror novels of all time (whatever that means). These are just, plainly and simply, my favorites.

Frankenstein; or the Modern Prometheus

I wish that I could start this list out with a pick that’s a bit more original, a bit less obviously classic. But, c’mon, it’s Frankenstein! Almost two centuries of adaptation, parody, and general indoctrination into the fabric of pop culture has not diminished the power of Mary Shelley’s masterpiece one iota. It can be easy to forget that in a world where among the first images which come to people’s minds upon hearing the book’s title are the face of Boris Karloff or boxes of breakfast cereal, but actually pick the novel up and start flipping through its pages and all those false idols will be washed away by the brooding, electric, gothic thunderstorm that ensues.

The premise alone is not just revolutionary but still relevant to this day (possibly even more so). It fuses together themes of mortality and morality, issues of science and spirituality, questions of life and death, and fears inherent in both parenthood and childhood. Every interpretation peels back another layer, only to reveal still more unexplored depths beneath. Take it as a critique of human hubris. Or as a warning against scientific progress bereft of responsible application. Or as a forward-thinking feminist take-down of institutional misogyny. View it through a psychoanalytical lens, a philosophical one, a theological one, or even a political one. It holds up no matter how you look at it. And, best of all, it holds up just as strongly when viewed with no lens at all. At the end of the day, Frankenstein is the very essence of a damn good story.

At first, American Psycho seems like little more than a test of your patience. The narrator, a Wall Street banker named Patrick Bateman, drones on at great length and with meticulous detail about the mundane consumerism of his life. Entire pages are spent describing, down to the most infinitesimal piece of minutiae, everything from his wardrobe to his exercise routine to his stereo system. Soon, though, the book becomes a test of your stomach when you realize that Bateman is also a serial killer, and one who spends just as much time and effort describing the minutiae of the grotesque, soul-crushing acts of violence he deals out to a never-ending funeral procession of innocent, undeserving victims.

So extreme that it faced censorship all over the world and had to be sold shrink-wrapped in cellophane to keep oblivious shoppers from accidentally reading the obscenities within, American Psycho is not only horror at its most ugly but also satire at its most biting, painting a take-no-prisoners portrait of the sick black heart of corporate capitalism. It’s a cruel, mean-spirited masterpiece that offers little respite from the in-your-face atrocities it depicts and even less answers for the damning social and psychological questions it raises. Not for the faint of heart, weak of stomach, or dim of wit. 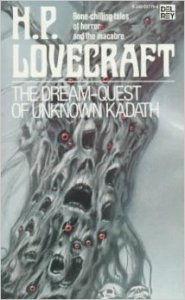 The Dream-Quest of Unknown Kadath

Some will argue that The Dream-Quest of Unknown Kadath is more fantasy than horror, but I bristle at the idea of mapping even the tiniest corner of H.P. Lovecraft’s sprawling, inhospitable universe as dwelling anywhere but squarely in the realm of the horrific. Yes, that goes even for his wondrous Dreamlands, through which the slumbering Randolph Carter treks in search of a mysterious city he believes waits beyond the wall of sleep. As awe-inspiring as the Dreamlands are, they are equally terrifying, a surreal place of fearsome monsters and alien landscapes, polluted by the influence of the crawling chaos himself, Nyarlathotep, the thousand-faced avatar of the Old Ones.

While Dream-Quest is something of a rarity in the Lovecraftian library, with its decidedly upbeat ending, the story’s message does not contradict the bleakness of the rest of the author’s oeuvre. In truth, it complements it perfectly, furthering the goal of inspiring readers to rethink their preconceived notions on the nature of material reality. In the end, part and parcel of dreams are nightmares. And, to my mind, no imagination has ever proven as capable of crafting both dreams and nightmares so stark, chilling, and mind-expanding as Lovecraft’s did.

Confession time: After struggling with self-doubt and guilt over “wasting” my time on as impractical a pursuit as writing fiction, Horns was the book that finally made me snap out of it. Horns was the book that made me say “Dammit, I want to do this.” Horns was the book that made me a writer again. With this book, Joe Hill, son of the modern horror lit’s blue-collar champion, Stephen King, tells the story of a broken pariah of a man who wakes up after an especially blasphemous drunken bender with a pair of, you guessed it, horns sprouting from his head. When people see them, they can’t help but confess their deepest, darkest secrets to him. It’s an anomaly that will come in handy as our protagonist tries to uncover what really happened the night his girlfriend was murdered.

Horns is many things. A character-driven, non-linear supernatural mystery. A Kafkaesque meditation on the nature of religion, identity, love, family, truth, and deception (both of others and of oneself). Most of all, though, Horns is one of the most effective, emotionally resonant novels I’ve had the pleasure of reading in years, leading to more than a few moments where I had to bury my face even deeper in its pages so that other people couldn’t see how misty my eyes were getting over a li’l ol’ book. Yes, I cried. I cried like an itty bitty baby. And you know what? You will too. 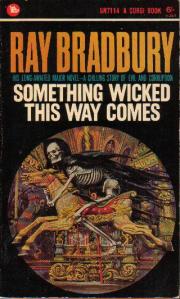 Something Wicked This Way Comes

Few writers have so perfect a mastery over not just language but also symbolism and storytelling itself as Ray Bradbury. All of these aptitudes operate at absolute peak levels in his carnival-horror juggernaut Something Wicked This Way Comes. It’s a coming-of-age story in the grandest sense, one that understands that none of us ever really stop growing and changing, that we are always in some way “coming of age.” If you’re young, you can relate to the book’s child protagonists, Will and Jim, who are entranced by the traveling circus that rolls into town and the tattooed man, Mr. Dark, who offers them entrance into a magical new world, brimming with the kind of fun and adventure fresh young minds crave, a world very unlike the humdrum of their daily lives. If you’re older, you may see yourself in characters like Miss Foley or Mr. Crosetti, adults with unfulfilled dreams, worried that their best years are behind them and perpetually aware of the ceaseless march of time.

Though at its heart Something Wicked is essentially “just” an epic extrapolation of the classic deal-with-a-devil narrative, Bradbury uses the basic concept to explore a wide range of human fears and desires with unflinching honesty, from past regrets and second chances to the rigors of age and our nostalgia for youth. Bradbury shows us fear and desire, adolescence and adulthood, friends and enemies. He shows us good and evil, love and hate, terror and wonder. And he shows what all these things have in common. That is, each of these pairs constitutes two sides of the same coin. A study in duality, Something Wicked explores these binaries by throwing the coin in the air and letting it spin so that the image blurs and both sides seem to be one and the same. The challenge is not to see which side lands face-up, but to determine whether we can even tell the difference when it does.

2 thoughts on “Five of My Favorite Horror Novels”